Global Staircases to Inspire Your Home

When choosing the new design of your wooden stairs for your home, you may already have a clear decision in mind on the style. However, you might want to consider taking some inspiration from some stunning staircases from around the world. These staircases we have listed below could influence the type of railings, the colour you use or any added features such as lights.

The Palais Garnier in Paris, France is home to a 1979 seat opera house built between 1861 and 1875. The Grand Staircase is one of the building’s most prominent features, made of white marble with a balustrade of red and green marble. It divides into two flights which lead to the Grand Foyer. The design was inspired by the staircase at the Theatre de Bordeaux, designed by French architect Victor Louis. The pedestals of the staircase feature female torchères. If your home has a central staircase just behind the front door, you may want to consider taking inspiration from the Grand Opera Staircase. Though marble may be a bit much, you may like to have contrasting colours for the stairs and railings. 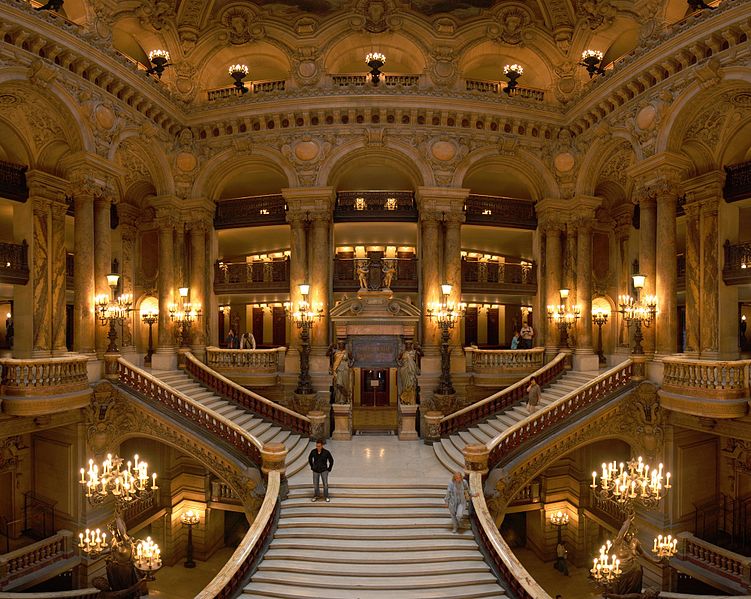 Melk Abbey in Austria is a Benedictine abbey which sits above the town of Melk. The whole building, built in the 11th century is awe-inspiring, with ornate ceilings covered in frescoes and ornate carvings on the pillars and walls. The Rococo-inspired stairs leading you from the church to the library and museum stand out. The spiral staircase is painted on the underside in gold and pink patterns, and there are mirrors at both ends to create an illusion that the stairway is hundreds of feet deep. You may want to add mirrors and glass to the top or bottom of your stairs to lighten the area and give a feeling of more space, particularly if you have a smaller home. 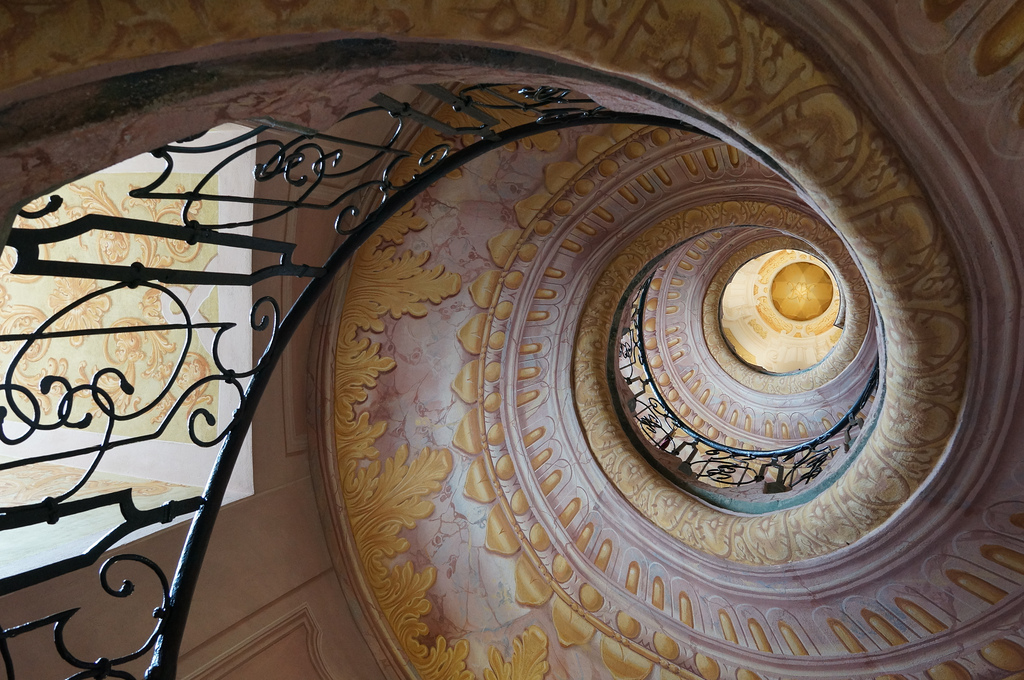 The 16th Avenue Tiled Steps in San Francisco, USA came about as a collaboration between neighbours in the area, with 500 people contributing labour and funds. The 163 steps with the mosaic design was completed in August 2004 and has become a popular attraction in the city. Though adding mosaics to a wooden staircase design may take away from the natural colours and style, you could add colourful paint on the walls or mosaic wall art inspired by the tiled steps. 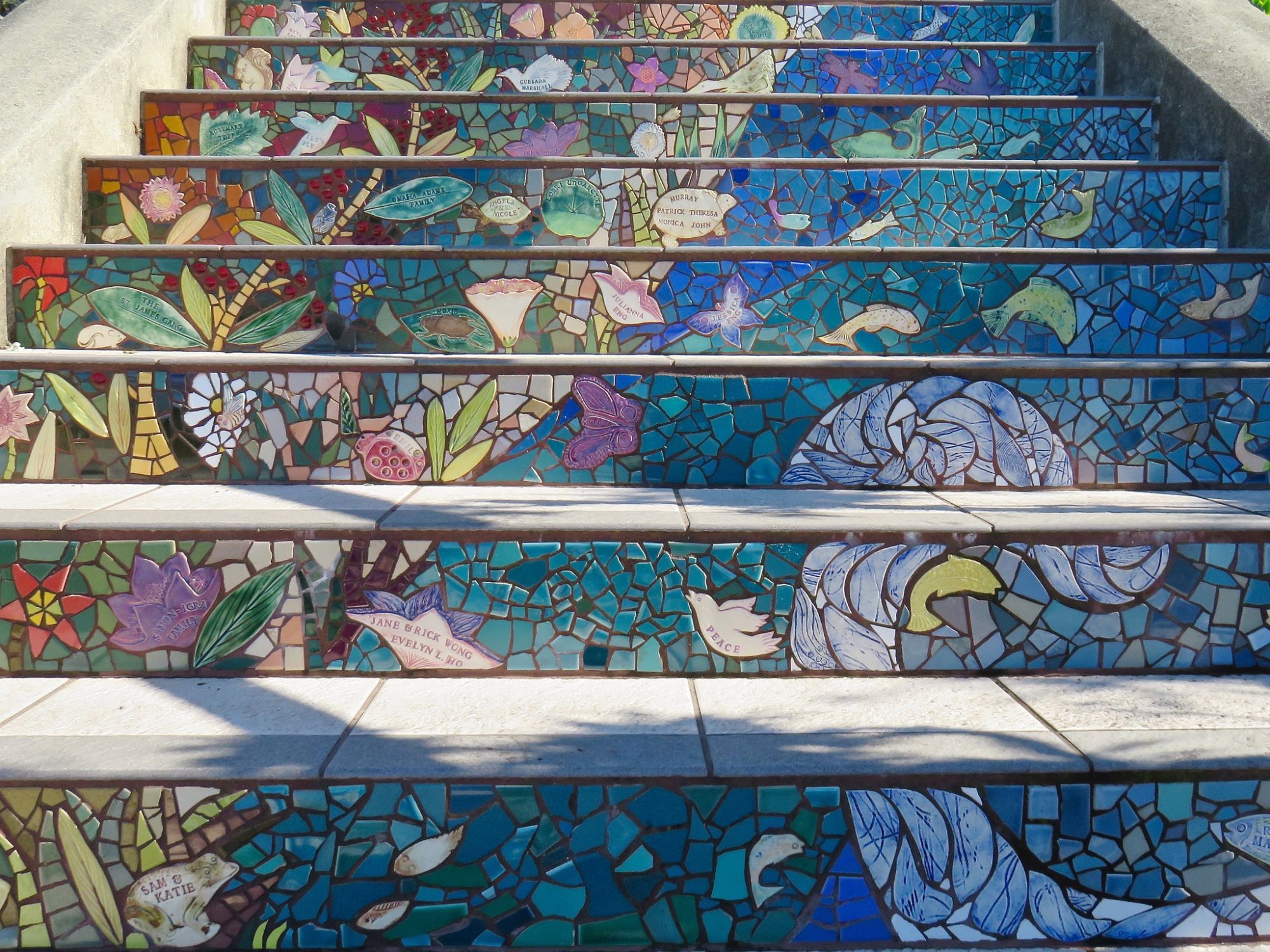 Tiger and Turtle – Magic Mountain is an art installation in Duisburg, Germany, which was built in 2011. It is 21 metres tall and made from tin, zinc and steel. It looks like a roller-coaster, and you can actually walk it, except for the loop. There are breathtaking views of the Rhine to see during the day, and at night there are LED lights in the handrails to illuminate the structure. You may want to include this feature in your home for your handrails. ‘Hovering’ rails can stand out with some under-lighting and rails made of metal or glass have an added modern aesthetic with LED lighting. 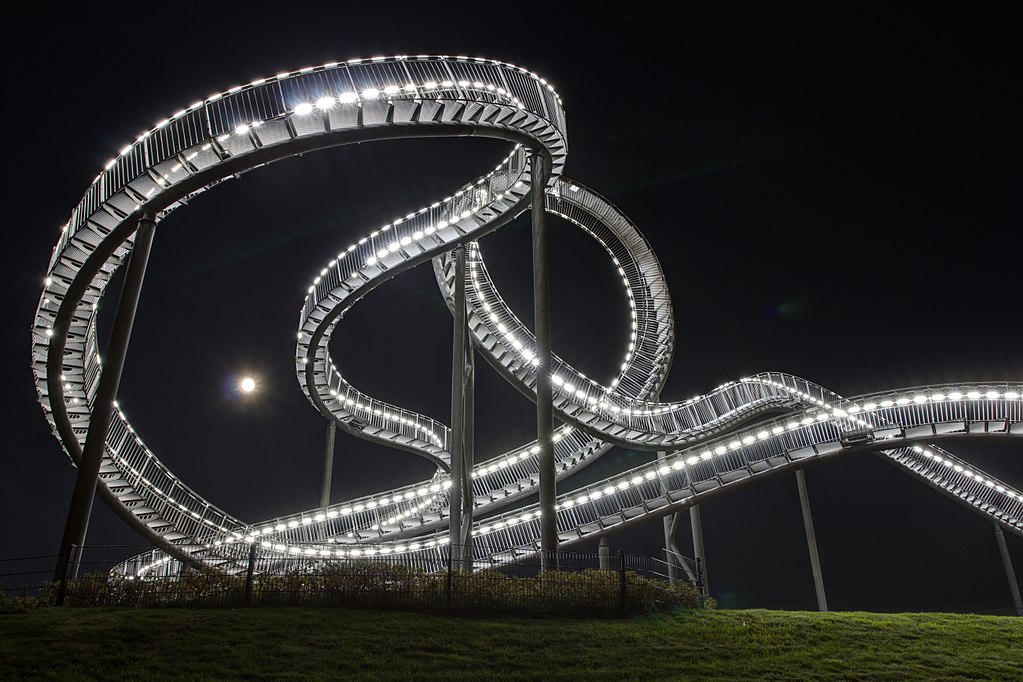 A bridge combined with stairs, this pedestrian suspension bridge spans the Viamala Gorge in Switzerland. One side is about 72 feet higher than the other, so walking over it gives you fantastic views as you cross the steel bridge. The open feeling of the bridge could be incorporated into your stairs at home, especially if you want a spiral-staircase with minimalist metal railings and open stairs.

Do any of these stunning staircases from across the world peak your imagination? Be sure to take a look through our gallery and at recent blog posts for more information on the stairs we can create for your home and inspiration for home interiors.